Cyclonic storms are centers of low pressure with inward-spiraling winds that form where warm and cold air masses meet. Hurricanes develop over water about 10 degrees north or south of the equator in a manner similar to cyclonic storms elsewhere in the world, then move westward through the trade wind belt. Sea surface temperatures in these latitudes are close to 80 degrees, enough to stimulate high-speed inward spiraling winds of 65–125 mph. The shape of the storm is circular with a diameter averaging 100–300 miles. As the hurricane moves toward the eastern seaboard of the United States, or into the Gulf of Mexico, the National Weather Service begins its warning and forecasting activities. As the storm approaches land, the biggest concerns relate as much to the expected rainfall as they do to any physical damage.

Attempts were made in the 1960s to reduce the severity of hurricanes by cloud seeding. The theory was that by seeding the clouds closest to the point of lowest pressure, latent heat would be released, raising the temperature and therefore decreasing the pressure. As a result, the pressure gradient would be reduced and the maximum wind speeds as well because energy is redistributed around the storm center. Four of these storms were seeded on eight different days and results showed a 30 percent drop in wind speed on four of these days. Subsequently the experiment was dropped because additional research revealed that hurricane clouds carry a large volume of natural ice! Reliance is now placed on accurate forecasting and protective measures on shore.

Occasionally a hurricane takes an unexpected path because of cold air masses over the continent’s interior. This can greatly increase the rainfall. Hurricane Agnes, in 1972, was one of these. It originated in the Caribbean and moved northward across the Florida panhandle through the Carolinas to New York State. In some places eighteen inches of rain fell in two days. Many streams experienced peak flows several times greater than the previous maxima on record. One hundred and seventeen lives were lost in the twelve states affected. Hurricane Hugo struck the United States mainland in mid-September 1989 just north of Charleston, South Carolina, with winds of 140 mph and a storm surge reaching nineteen feet. The barrier islands were completely inundated by the storm and their beaches severely eroded with sand being either washed landward or carried offshore. Altogether twenty-nine people from South Carolina lost their lives in the course of the storm and damage to buildings and property amounted to $6 billion.

Where there was a wide high beach and sand dunes, damage was greatly reduced and those buildings that had been built to withstand high winds and flooding survived. By contrast, where beaches had been severely narrowed through long-term erosion, as in Folly Beach, south of Charleston, there was substantial destruction. Homeowners had tried to compensate by dumping boulders and concrete rubble on the beach, hoping they might serve as a retaining wall. They failed. It is good that the USGS and other agencies have become more and more active in preparing for future hurricanes. While the probability that any one of these storms will hit land at a given point in a given year is low, and still less likely in the case of a category 4 or 5 hurricane, there is the danger that a false sense of security may develop. It can be said, for instance, that for any one building within the general zone of historic hurricanes, a category 3, 4, or 5 storm will strike it sometime in its lifetime. It also needs to be said that, given the many uncertainties associated with predicting hurricanes, there is no assurance that a second powerful storm will not hit again one year later in the same spot as the previous year.

North Carolina was struck by two hurricanes in 1996. The same rare sequence of two storms happened again in 1999. Hurricane Dennis struck the coast for several days early in September and Floyd made landfall later in that same month, causing record floods across eastern parts of the state and damaging shoreline structures. Bonnie, a fifth storm, just as big as the other four, reached North Carolina in 1998. Experts described the first of these five storms in 1996 as a fifty-year storm, that is to say one that would be expected to recur once every fifty years, yet all five of these storms were of equal strength. Obviously, concepts of fifty-year storms need to be reconsidered. Long-term forecasting at the present time must, therefore, remain as a difficult if not impossible task. The damage from Hurricane Katrina that devastated New Orleans in 2005 was mainly flood damage, not unlike the many floods that hit this city from high water on the Mississippi or one of its tributaries. This event was described as a hurricane, Hurricane Katrina, and all preparations for its impact were based on the city’s understanding of hurricanes.

In all of the twentieth century there were only three category 5 hurricanes that made landfall in the contiguous United States. They provide a valuable historical perspective on the impact of hurricanes. The first was the Labor Day Hurricane of 1938. It earned the name “Storm of the Century” on account of three characteristics: 200 mph wind gusts, storm surge of fifteen feet, and a record low pressure. The year 1938 was still early days in the expertise of the weather bureau people. On the day before the storm hit the Florida Keys, the Bureau decided it would pass through the Keys and enter the Gulf. The Bureau was off by about three hundred miles on the storm’s location on Labor Day morning. By the middle of the day, the administrator of a veteran’s project involved in road construction, linking the Keys to mainland Florida, received the news that a direct hit on the keys was now certain. He decided to get all the veterans out of the area and requested that a train be backed down to the work site on the one-track line as soon as possible. Delays in delivery held up the train until 8 P.M. and by that time the full force of the storm was battering the track. Cars were tossed off the train as if they were toys. More than four hundred lost their lives.

Camille was the second of the three most powerful hurricanes. It entered U.S. waters via Cuba and moved into the Gulf where the warm waters increased its strength. It reached Bay St. Louis late in the evening of August 1969 with sustained winds of 190 mph and, in the course of the following ten hours, the entire Mississippi coast was devastated. As it moved inland, homes, motels, apartments, restaurants, even trees were swept away. The next morning the bewildered survivors searched among the wreckage for anything that might still be there. There was no semblance of normal life in the region around New Orleans for days, but fortunately the levees around the city were not affected because the storm was centered a few miles way to the east. About 15,000 people were homeless. There was no water, food, or fuel. The storm had wiped out all means of communication, and roads, bridges, airports, and even railways were impassable or destroyed. Added to the devastated landscape there was a serious vermin problem. There were thousands of dead animals of all kinds, and insects and rodents had quickly overrun the stricken area to feed on these and on rotting food. Rattlesnakes, fire ants, and rats bit dozens of victims who were sifting through the rubble. Before it left mainland United States, Camille had caused the deaths of more than 250 people and injured 8,900, destroyed 6,000 homes and damaged 14,000. The total costs of the destruction it caused were in excess of a billion dollars.

The third and by far the most expensive of the three category 5 hurricanes was Andrew. Hurricane Andrew reached the built up area of South Florida in August of 1992 with peak wind gusts of 164 mph. Before it moved on it had caused damages amounting to more than $26 billion. In the forty years from 1926 to 1966, Miami was hit with hurricanes about thirteen times, but from the quarter century 1966 to 1992 there were none and during that period of time people flocked to Miami, doubling its population. New subdivisions sprung up but supervision of building codes and other regulations was lax. There were fewer than twenty building inspectors for a population of one million. The sudden arrival of Andrew was a great shock. Its fierce winds caused most of the damage. Houses were torn apart, cars lifted off the streets, and trees uprooted. Boarding up their windows proved useless as a protection in the face of the wind and very few homes had basements where people could shelter. It was an almost total destruction of whole subdivisions. Reports from private barometers helped establish that Andrew’s central pressure at landfall was 27.23 inches, which made it the third most intense U.S. hurricane of record. Andrew’s peak winds in south Florida were not directly measured due to the official measuring instruments having been destroyed. A storm surge of seventeen feet was recorded.

History hasn’t always been kind! Many times in the history of mankind, events have occurred

…Have you heard about the Kraken Variant?  After 3 years since COVID-19 was detected and 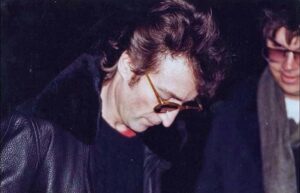 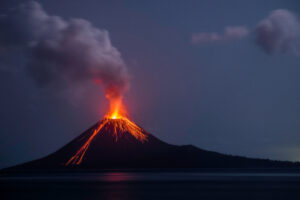 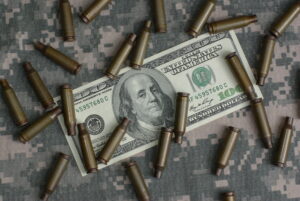 Though Time? These 5 Celebs Went Through Shocking Disasters