Menu
HOME
Disastrous Consequences
6 Earthquakes That Caused The Most Damage

For centuries natural disasters such as floods, epidemics, tsunamis and earthquakes took countless lives with them.

In the present day, these of course still occur, but the number of victims is much lower than it used to be mostly because they can be prevented now or people are more prepared for them.

However, from time to time there are moments when natural events hit unexpectedly and the figures are shocking. Over the course of history thousands of earthquakes happened and left the whole of humanity baffled with the damage those natural disasters left behind.

In case you are unfamiliar with the events which caused several casualties and changed countries forever, we have enlisted them below.

• Other significant damage: Other 300,000 people were injured, more than half of the population lived in poverty.

• Year and place: 2004, the coastline areas surrounded by the Indian Ocean

• Other significant damage: the damages are estimated at around $10 billion, the earthquake caused a rift which changed the rotation of the planet,

• Other significant damage: 375,00 people were injured, millions remained homeless and the loss and damage is estimated at more than $80 billion.

• Other significant damage: Besides the large number of those injured, several roads and highways were damaged and made transportation impossible for days.

• Fatalities: 242, 700 people( however it is believed the real number is way bigger)

• Other significant damage: 700,000 people were injured, the infrastructure and agriculture was severely damaged.

These tragic events marked millions of people, mostly because they are reminder that the human kind can be very prepared in certain situations and still be unexpectedly hit by catastrophes.

Always remember in case of an earthquake:

• Don’t use the stairs or the elevator;

• Keep yourself away from the windows, hanging objects or outer walls;

• Go under a solid piece of furniture such as a table, to protect yourself;

• If you are outside go to an open space, but stay away from trees, buildings and so on.

In the past decade, there have been more droughts, floods, and tornado outbreaks than ever.

When it comes to celebrities, many people think that there’s something special about them and 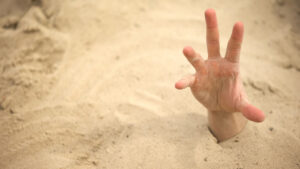 10 Unbelievable Survival Stories That Are Too Good to Be True

7 Most Destructive Terrorist Attacks in History